Diversified Max Group has sold a 13% stake in Max Life Insurance Company to the country’s third largest private sector lender Axis Bank, which will now be a co-promoter of the insurer.

The completion of the deal comes more than a year after Max Financial Services and Axis Bank announced their intent to have a strategic partnership for the former’s insurance venture. Financial details were not disclosed.

Max Financial Services — the holding company of Max Life — has offloaded 12.99% stake in the insurer to Axis Bank and its subsidiaries — Axis Capital and Axis Securities Ltd., according to a filing. The Axis entities have now become co-promoters of Max Life.

“The board of Max Life recorded the closure of the deal today,” Max Financial Services said in the filing on Tuesday.According to the company, the transaction was completed after the Insurance Regulatory and Development Authority of India (IRDAI) gave its formal approval in February this year.Under the deal, the Axis entities also have the right to acquire an additional stake of up to 7% in Max Life, in one or more tranches, subject to regulatory approvals. Three nominee directors of the Axis entities will be part of Max Life’s board of directors.

For the Max Group Founder and Chairman Analjit Singh, this is long-awaited deal as in June 2016, he had announced a deal with HDFC Life under a three-way merger. But this was called off a year later due to regulatory hurdles.

Interestingly, Amitabh Chaudhry, the head of Axis Bank now, was at the helm of HDFC Life when the proposed deal with Max fell through.

Axis Bank is the only large private sector lender without an insurance arm. The bank was keen on straight away acquiring over 20 % stake in Max Life but the Reserve Bank is reportedly not comfortable in allowing banks to have more than 20 % stake in the cash guzzling insurance business.

Max Life’s Managing Director and CEO Prashant Tripathy told PTI that the top management, including himself, will not change on completion of the deal. The company will continue to be known as Max Life but the tagline will change to ‘a joint venture between Max Group and Axis Bank’.

According to him, the lender has the freedom to pick up another 7 % in the company, which may materilaise over the next 24 months.

He refused to share the deal value saying it is “not a primary capital infusion but a transaction between two promoter shareholders — the Max Group and Axis Bank”.

Axis Bank’s Managing Director and CEO Amitabh Chaudhry said the bank has been a long-term partner to Max Life and together they have contributed to deepening insurance penetration in India over the last decade.

“We are confident this venture will enhance the value for all the stakeholders of Axis Bank and Max Life,” he said.

The bank has been around with Max Life for over a decade as a bancassurance partner, under which long-term saving and protection products have been furthered to nearly 20 lakh customers.

The total premium generated through this alliance has aggregated to over ₹ 40,000 crore, as per the release. The alliance contributed over 55 % of its total sales of ₹ 84,724 crore as of December 2020.

Analjit Singh said the conclusion of this deal will bring added strength to Max Life and help it chart a new growth trajectory by combining the forces of the third largest private bank in India with the fourth largest private life insurer in the country.

“This closure marks a new phase of growth and stability for Max Life. The joint venture enhances our brand in the eyes of our customers, business partners and investors by integrating the resources and benefits that the two players bring,” Max Life’s Managing Director and CEO Prashant Tripathy said.

Max Life registered a 20% yearly growth in its assets under management to ₹84,724 crore as on December 31, which has more than doubled in less than four years, the filing said.

“With the conclusion of this deal between Max Life and Axis Bank, we are ready and equipped to integrate the synergies of the two players and commence a relationship that will cement Max Life’s position as a top quartile life insurer delivering sustainable and profitable growth,” Max Financial Services’ Managing Director Mohit Talwar said.

According to Max Life’s Managing Director and CEO Prashant Tripathy, the company controls 10.8 % of the life insurance market among private players and 6.4 % of the overall industry, which is more than 70 % dominated by the national insurer LIC on the basis of individual adjusted first year premium.

On Tuesday, shares of Max Financial Services rose nearly three % to close at ₹890.50 apiece on the BSE while that of Axis Bank declined little over one % to end the day at ₹677.85. 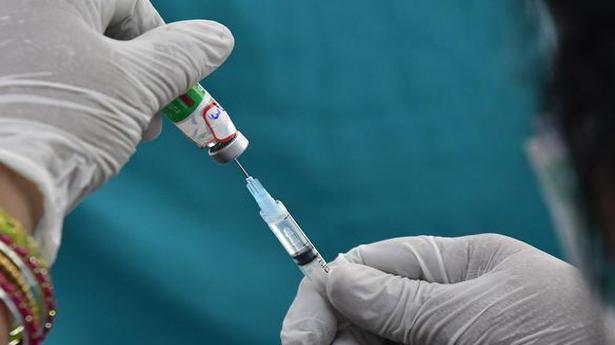