Unions in Punjab rejected suggestion that the court should decide on farm laws.

Farmer outfits from Punjab, including Bharatiya Kisan Union (Ekta-Ugrahan) on Saturday said the Centre’s hint of getting the farm laws issue resolved by the Supreme Court is a ploy to prolong the issue in a bid to derail the ongoing agitation.

BKU (Ugrahan), one of the largest outfits in Punjab and Kisan Mazdoor Sangharsh Committee (KMSC), the one outfit, which is still continuing with its ‘rail roko’ agitation in Punjab’s Amritsar, have asserted that the Centre’s suggestion during the meeting with farmers on January 8 that it would be best to leave the issue surrounding farm laws to the Supreme Court, clearly indicates that government wants to delay finding a solution.

“The government’s intention is very clear.. they want to dislodge the ongoing farmers movement by involving the courts,” he said.

Mr. Mann said the BKU(U) along with other outfits would stand firm for the complete repeal of the farm laws, besides government procurement of all crops and in all the States at Minimum Support Price as a legal right.

Sarvan Singh Pandher, general secretary of the Punjab unit of Kisan Mazdoor Sangarsh Committee, said all the unions, which participated in the meeting have rejected government’s indication of leaving the matter to the Supreme Court. “The government wants to take the matter in the court to prolong the way out. They don’t want to resolve the issue,” he said.

Mr. Pandher said farmer outfits are all set to intensify their agitation and have appealed to farmers and farm labourers across the country to step up their efforts to make proposed ‘tractor parade’ on January 26 in New Delhi a success.

Bharatiya Kisan Union (Lakhowal) general secretary Harinder Singh said the Centre has enacted the laws and they can repeal them easily. “There’s no need of going to the Supreme court. The government should listen to farmers demand and immediately repeal the laws,” he said. 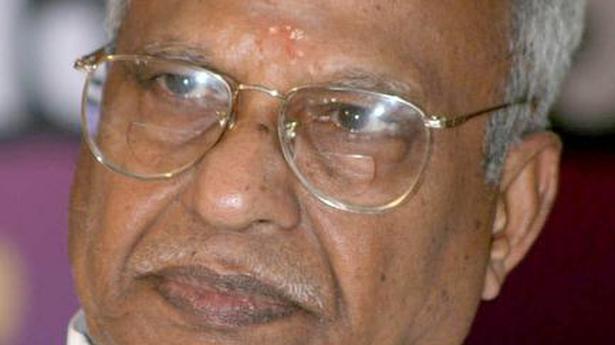