“Write ‘Tractor Kranti 2021, 26 January’ on your tractors. Wherever you will go, you will be respected. We have a target of 40 lakh tractors,” Rakesh Tikait said

Farmer leader Rakesh Mr. Tikait on February 6 called on peasants across the country to join the “tractor revolution” as part of the ongoing protests at Delhi’s borders against the new agri laws introduced by the Centre.

During a speech to supporters at the Ghazipur protest site, Mr. Tikait reached out to the farming community, many of whom especially in the Delhi-NCR region have been upset over the National Green Tribunal’s ban on diesel vehicles, including tractors, that are over 10 years old.

“The tractors which run in the farms will now run at the NGT’s office in Delhi also. Until recently, they had not asked which vehicles are 10 years old. What is their plan? Phase out tractors older than 10 years and help the corporates? But the tractors older than 10 years will also run and the movement [for repeal of the new farm laws] will also be strengthened,” Mr. Tikait, 51, told the crowd amid cheers.

He said more and more farmers across the country will participate in the ongoing farmers’ stir for rollback of the contentious laws. Recently, 20,000 tractors were in Delhi and the next target is taking that number to 40 lakh, Mr. Tikait said.

He also called on tractor owners to attach their vehicles with the ‘tractor kraanti’ (tractor revolution).

“Write ‘Tractor Kranti 2021, 26 January’ on your tractors. Wherever you will go, you will be respected. We have a target of 40 lakh tractors,” he said.

The Bharatiya Kisan Union (BKU) leader, whose emotional appeal recently had revived the protest that was losing momentum post the January 26 violence in Delhi, also called on villagers to bring a fistful of soil from their farmlands to the agitation sites and take back a similar amount of ‘mitti’ of the revolution from the protest sites.

Exhorting supporters to keep the momentum going, he asked them to be prepared to reach protest sites as the agitation at Ghazipur, Tikri and Singhu border points of Delhi could go on till October.

“Be prepared at villages, whenever a call is made, reach the protest the way the youth [from Haryana and Uttar Pradesh] has done [after the January 26 episode],” he said.

Ghazipur has earlier witnessed the influence of Mr. Tikait over the farmers’ community in north India when hundreds of people, including women and children, from villages in Uttar Pradesh, Haryana, Rajasthan and Uttarakhand reached here with water and home-made food on the BKU leader’s call.

Mr. Tikait had made a call for water and food from villages following disruptions in water supply at the protest site by local authorities in the wake of the January 26 violence. 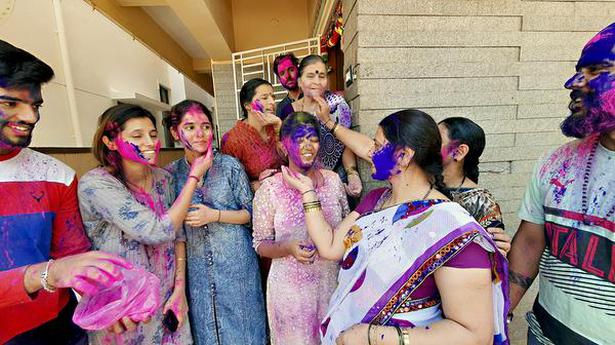 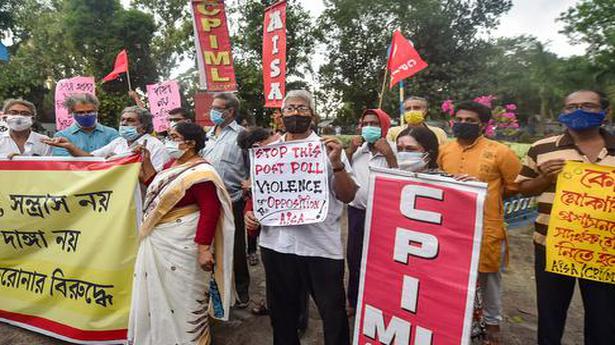