Only 30 close family members and friends will attend his funeral service, amid nationwide restrictions designed to slow the spread of COVID-19

People across Britain have observed one minute of silence in honour of the late Prince Philip just before his royal ceremonial funeral got under way inside St. George’s Chapel at Windsor Castle.

His coffin, draped in his personal standard and topped with a wreath of flowers and his naval cap and sword have, arrived at St. George’s Chapel inside Windsor Castle. The queen and senior royals accompanied the coffin as it was carried on a specially adapted Land Rover.

Prince Philip death | Tributes pour in from around the world

Only 30 close family members and friends will attend the service, amid nationwide restrictions designed to slow the spread of COVID-19. While the proceedings are being broadcast live around the world, members of the public won’t be able to watch any part of the procession or service in person because of the pandemic.

The Queen sat alone in the quire of St George’s Chapel during the funeral.

Britain’s Queen Elizabeth II sits alone in St. George’s Chapel at Windsor Castle on April 17, 2021 during the funeral of Prince Philip, the man who had been by her side for 73 years.
| Photo Credit: AP

Following strict social distancing rules during the pandemic, the queen set an example even in grief, sitting apart from family members arrayed around the church.

Other royals who are in family bubbles are sitting together.

The service began with Archbishop of Canterbury Justin Welby entering the chapel ahead of the coffin, followed by Philip’s children and three of his eight grandchildren, as a four-member choir sang “I am the resurrection and the life.” 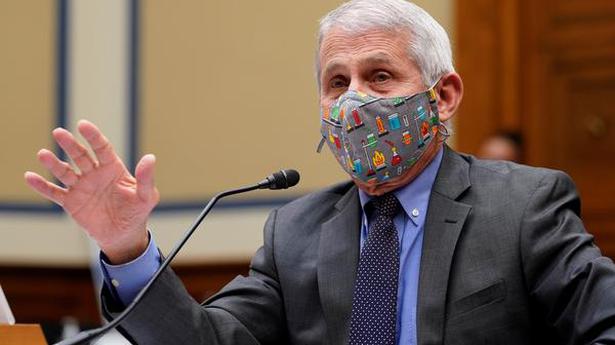 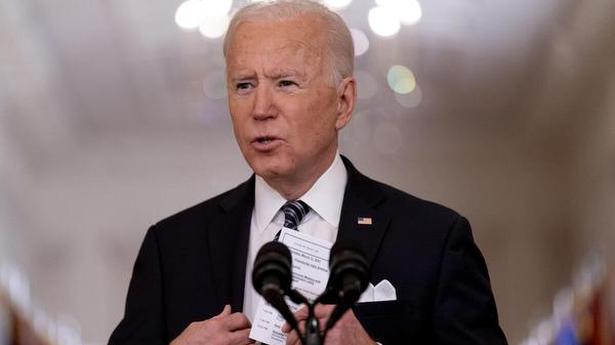