As a second wave of the COVID-19 pandemic rages in India, calls are growing in the United States to send spare vaccine doses to New Delhi. White House Press Secretary Jen Psaki said Indian and U.S. officials were in touch with each other about possible U.S. help to India at this time, but did not comment on whether or not the U.S. would send vaccines from its stockpiles to India.

“Let me first say that the United States offers our deepest sympathy to the people of India who are clearly suffering during this global pandemic and we are working closely with Indian officials at both political and experts level to identify ways to help address the crisis,” Ms Psaki said on Friday in response to a question on whether there are plans for the U.S. to send vaccines, such as from its AstraZeneca stockpile, to India.

“So there are ongoing discussions. I don’t have anything more to preview but we are in touch with the at a range of levels about how we can help them get through this period of time,” Ms Psaki said.

On the question of whether the U.S. was helping India with its oxygen shortage, Ms Psaki said the U.S. had provided a “huge, significant” amount of health funding to India over time towards a range of supplies.

“…But I will check if oxygen is specifically a part of how we can help at this point of time. There are ongoing discussions so maybe that’s  part of the discussions now,” she said.

Several lawmakers and health experts remarked on the current wave of the pandemic in India, asking for the U.S. to donate spare vaccines.

“India is reporting the world’s highest ever single-day COVID case rise. Earth Day is about the health of the planet and everyone and everything on it. The U.S. has more than enough vaccine for every American, but we are denying countries like India desperately needed support,” US Senator Ed Markey from Massachusetts tweeted on Thursday.

“India is in the throes of a horrendous COVID surge … They are struggling to get more people vaccinated.  We [the U.S.] are sitting on 35-40 million doses of Astra Zeneca vaccine Americans will never use,” Ashish K Jha, a doctor and Dean of the Brown University School of Public Health tweeted.

In March, the U.S. announced plans to release 4 million doses of the AstraZeneca vaccine to Canada and Mexico.

“The #COVID19 crisis in India is a harsh reminder that the pandemic isn’t over until the whole world is safe,” Democratic Representative Rashida Tlaib from Michigan, tweeted.

Her tweet follows an April 15 letter from a group of ten senators , including former Democratic primary progressive candidates Bernie Sanders and Elizabeth Warren, to U.S. President Joe Biden, asking the U.S. to support a request by India and South Africa for a temporary waiver of intellectual property rights at the WTO to facilitate the production of vaccines and therapeutics globally.

“ You asked about intellectual property and certain controls. That was – is within the purview of USTR. What I will say broadly is that the United States first and foremost is engaged in an ambitious and effective and, so far, successful effort to vaccinate the American people,” he said.

Mr Price said the administration had a special responsibility to vaccinate Americans and that the U.S. had been hit harder by the pandemic than any other country and emphasized that the virus “spreading anywhere, is a threat to people everywhere,” and for that reason it is “in the interests of the rest of the world to see Americans vaccinated.”

“So as long as the virus is spreading uncontrolled in this country, it can mutate and it can travel beyond our borders,” he said.

The U.S. has been keen to message that it is supporting the fight against COVID-19 outside its borders, with administration officials – including Secretary of State Antony Blinken and State Department – pointing to efforts such as the U.S.’s $ 4 billion financial assistance to COVAX (an international effort for equitable vaccine distribution), or the Quad’s plan to provide at least 1 billion vaccine doses in Asia by the end of 2022.

“It is true that even as we focus on this [ vaccinating Americans], we have also played a leadership role when it comes to containing, seeking to contain the virus beyond our borders,” Mr Price said.

However, critics have argued that these activities meet future needs and do not address current shortages.

“We have made vaccine cooperation a big priority, including with our Quad partners. India is one of our Quad partners of course in discussing vaccine creation and distribution for the future. We have also provided $4 billion to COVAX and from the earliest stages of the pandemic we have provided India with emergency relief supplies, medical consumables, pandemic training for Indian State and local health officials and ventilators, which has been part of our effort over the course of time – including $1.4 billion in health assistance to India – to help them prepare for pandemics in the future and deal with the current one we are facing,” Ms Psaki said.

In addition to the issues of spare vaccine doses and a temporary waiver of intellectual property rights, is the third issue of vaccine raw materials.

COVID-19 vaccine manufacturer Serum Institute of India ‘s CEO, Adar Poonawalla, had appealed to Mr Biden on twitter to “lift the embargo of raw material exports” earlier this month. On April 20, an administration official told The Hindu that there were no “outright bans” on the export of raw materials and that the administration rejected “any statement referring to a U.S. export ban on vaccines.”

However, the impact of laws such as the Defense Production Act (DPA) by former, invoked by U.S. President Donald Trump and then Mr Biden, have meant that local manufacturers are required to prioritize federal purchase orders. This, as per reports in the Indian press, has resulted in shortages of inputs for vaccine production outside the United States.

The Hindu has reached out to the White House and the United States Trade Representative (USTR) for comment. 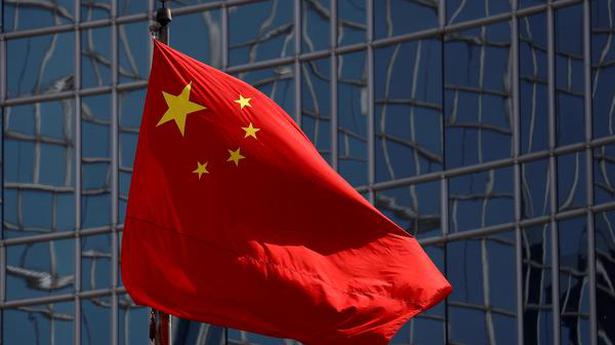 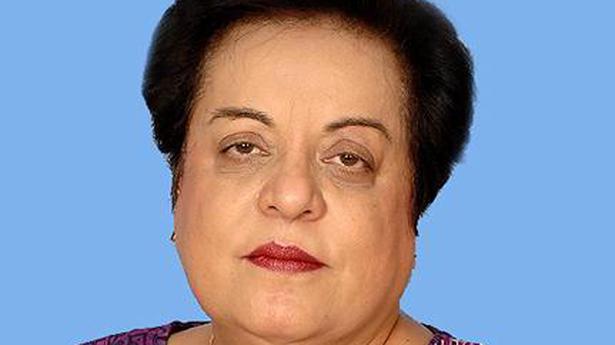