He is expected to take oath as the 20th Chief Minister of Karnataka on July 28.

Basavaraj Bommai, 61, has been chosen the next Chief Minister of Karnataka. The name was declared after the meeting of the BJP Legislature Party in Bengaluru on July 27 evening.

In a choice that indicated its keenness to protect the Lingayat vote base rather than indulge in experiments, Bharatiya Janata Party (BJP) chose the 61-one-year-old MLA and Minister of state for Home Affairs, Law, Parliamentary Affairs to succeed B.S. Yediyurappa who resigned on July 26.

The name of Mr. Bommai was proposed by outgoing Chief Minister B.S. Yediyurappa and seconded by former Deputy Chief Minister Govind Karjol. The name was announced by central observer Dharmendra Pradhan at a crowded media conference in Bengaluru.

Mr. Bommai, speaking after he was chosen to succeed Mr. Yediyurappa, said, “I have been chosen unanimously by the CLP. I will not fail the expectations of Prime Narendra Modi, the party, outgoing Chief Minister B.S. Yediyurappa, and will give a pro-people administration. I will take all measures to improve the health of the flagging economy hit by the COVID-19 pandemic. I will serve the people with the blessings of the elders.”

Mr. Bommai is expected to take oath as the 20th Chief Minister of Karnataka on July 28.

A close associate of Mr. Yediyurappa, the choice of Mr. Bommai is also seen as a way of placating the Lingayat strongman who had to quit at the end of two years at the helm.

Mr. Bommai is seen as a relatively young, educated and non-controversial man with no baggage of corruption. Interestingly, he is not from the RSS stables; he was earlier associated with the JD(U). He is a moderate face not known to take a hardline Hinduwa stance.

Mr. Yediyurappa had resigned on July 26, which marked the second anniversary of his tenure as chief minister. Initiating the formal process of replacing Mr. Yediyurappa, the BJP central leadership had directed the State unit to convene a meeting of the legislature party in Bengaluru on July 27.

Prior to the meeting, State party president Nalin Kumar Kateel and Arun Singh, in-charge of party affairs in Karnataka, called of Mr. Yediyurappa at his residence. 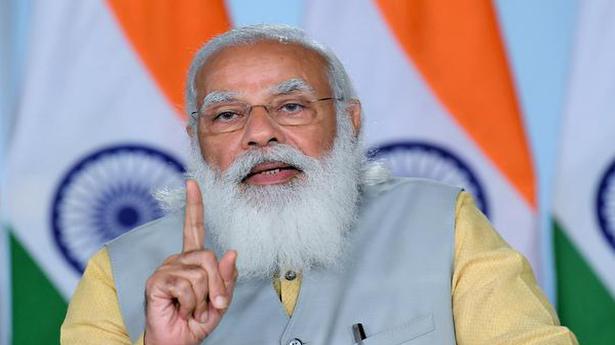 Linguistic barrier to development must be broken through education in local languages: PM Modi 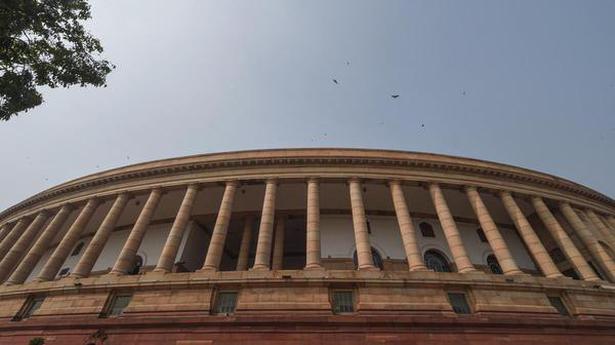 15 lakh vegetable seedlings to be supplied to farmers 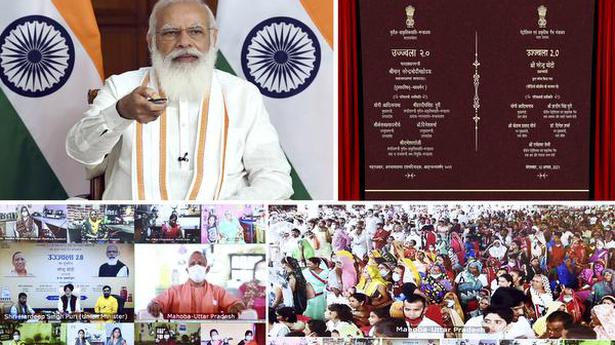